Aino Suni’s A GIRLS ROOM, shortlisted at Breaking Through the Lens

A Girl's Room by Aino Suni, shortlisted for Breaking through the Lens 2019

Aino Suni's project, A Girls' Room, made it to the semi-final round of 20 projects. Breaking through the Lens received over two-hundred applications for their event at Cannes 2019, evidence of the genuine appetite for such an initiative. They curated a small selection of the highest-quality feature films directed by women, projects that were already far along in development, and gave them the opportunity to pitch in front of top-tier financiers. The initiative launched in 2018 at the Cannes Film Festival, and all projects received material interest, with several already moving into production. 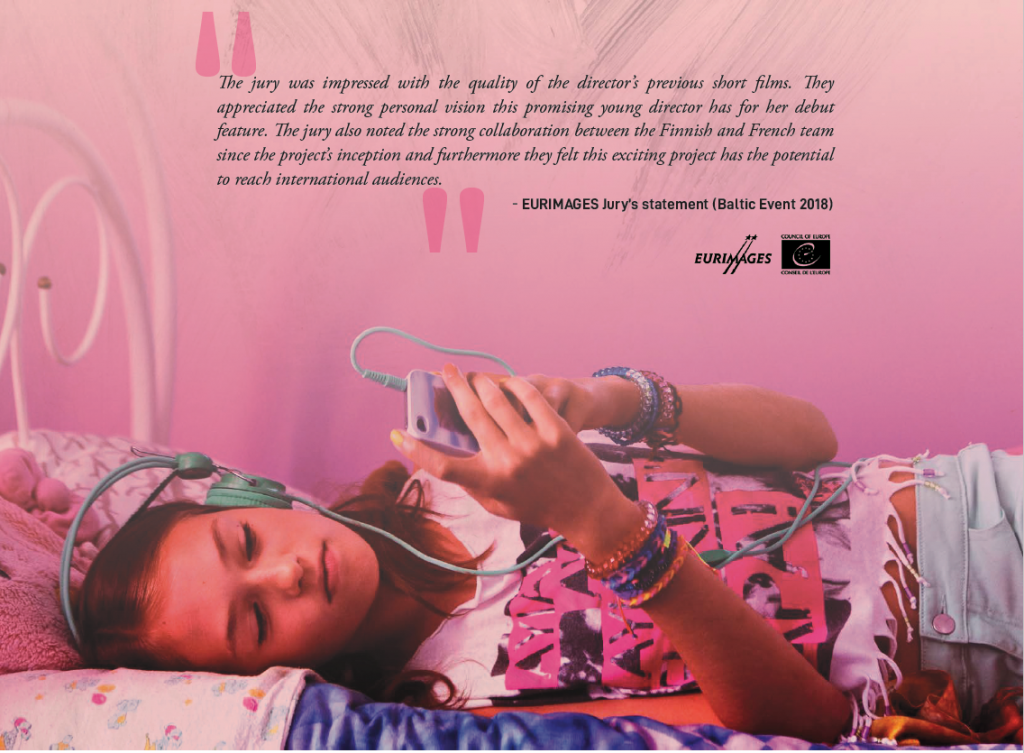 Elina, a 15-year old aspiring rapper, is forced to leave her home country of Finland and move to the South of France when her mother finds a French boyfriend. She is immediately drawn to her new step-sister Sofia, 17, a charismatic ballet dancer who leads a double life full of boys and drugs. Soon, Elina and Sofia’s friendship turns into a power game with toxic consequences.

Based in Helsinki, Aino Suni (born 1985) is one of the most promising Scandinavian directors of her generation. She graduated in 2014 with a Master in film screenwriting from the University of Salford, UK. Her fiction short films Turnaround and Wolf Carver have been selected in major film festivals such as Clermont-Ferrand or Sarajevo and were broadcasted on Canal+, RTI and YLE. Her first feature, documentary film Never Again (Tuffi Films) about the female gangsta rap artist Mercedes Bentso, premieres in fall 2018. Aino is also a Berlinale Talents alumni and  a member of EWA Network. 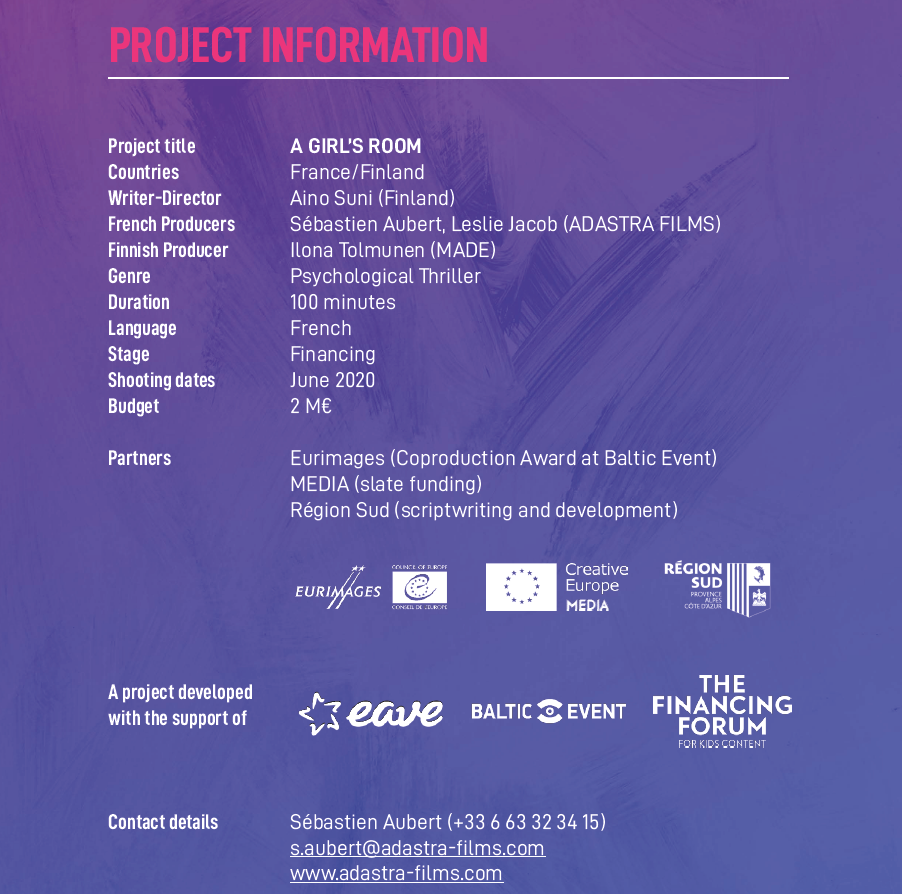 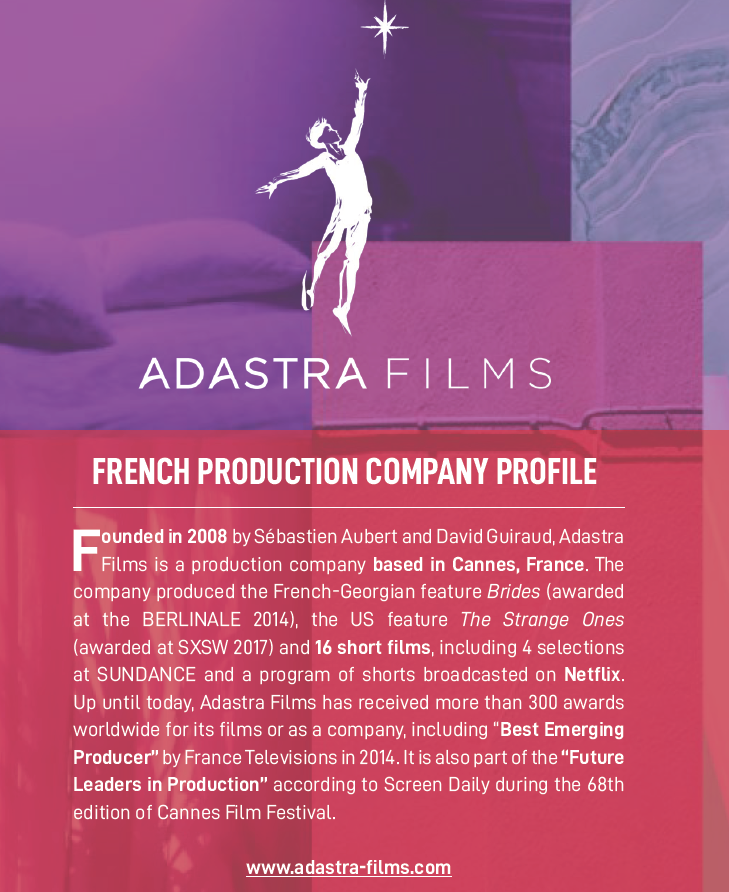 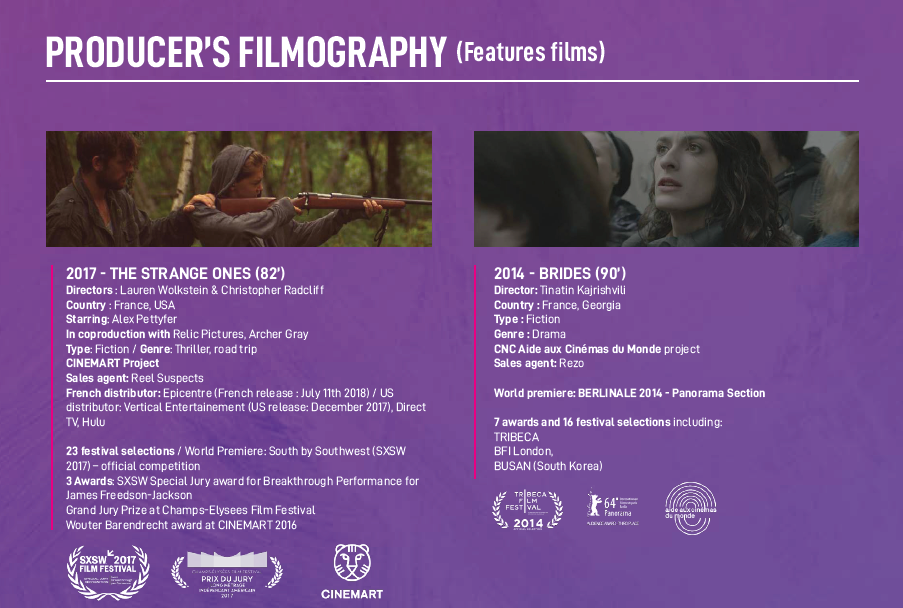 It feels as if friendship between girls is the most intimate, dependent relationship there is: it’s like a marriage. You share everything with your best friend. She becomes part of you. Sometimes the line between friendship and romantic love even gets blurry. I’ve had such intense friendships where one has all the power and the other has none. I’ve been the underdog, the one who bargains for affection and tries to please. And I’ve been the one who holds all the cards and used my position in a cruel way.

When Elina moves to France and leaves everything she knows behind, her life starts from scratch. Being alone in a new environment, she is especially vulnerable and her dependence on Sofia turns obsessive. It makes her eager to seek validation at any cause and brings out her darkest fears of abandonment.

Our main character fails to notice that love is volatile. Because she is scared of losing Sofia, she bonds with her in ways that are aimed at tying her down and controlling her. But love will only corrupt, if it’s based on fear. No one can be owned, and love can’t be forced.

The cultural background of the film is very international : Rosella Hightower, Sofia’s ballet school, welcomes students and teachers from all over the world. This is why our characters come from countries such as Germany (Julia, Micky) or the UK (Victor).

In this time of globalization, step families tend to become more and more international, leading to situations where step brothers and sisters have to live together without even sharing the same culture and/or language.

My cinematic approach is strongly based on Elina’s point of view. We hear and see the world through her emotions. We are invited on a journey into Sofia’s mysterious and secret night time world, juxtaposed with the immaculate daytime universe of ballet. Through Elina’s admiring eyes, Sofia appears as an etheric being.

I will use elements of danger to grip the audience. How far will Elina go? Like a net, the story tightens around her and we watch her spiral into her obsession not being able to stop. The thriller-like suspense and street-style of hip hop contrast with Sofia’s bourgeois neighborhood and the everlasting lazy Sundays. Life is seemingly boring and safe, but underneath it bubbles a violent revolution in the form of puberty just waiting to explode.

An organic acting style will be created by seemingly trivial dialogues, heavy with subtext. I spent 3 months in France (winter 2018) in full immersion with teenagers, sharing my room with a high school student in Cannes Campus, spending afternoons observing the ballet world at the Rosella Hightower Dance School and participating to some hip-hop events (Break The Floor). I also managed a one-week workshop with young actors from ERACM about my script, sharing their own experiences, voice, vocabulary and style of French teens living on the Riviera. 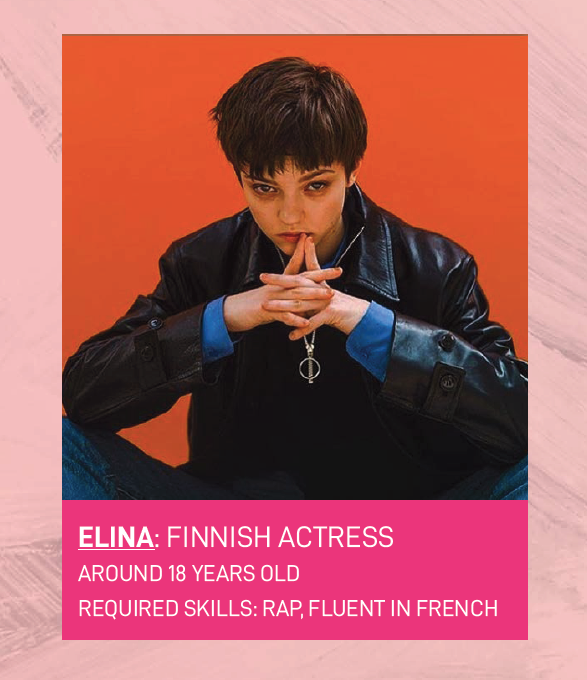 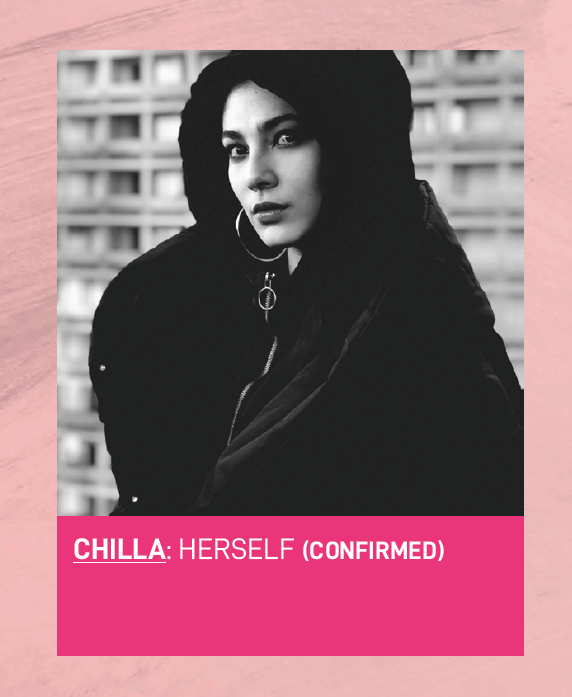 Meet Jane. See Jane. See Her? She makes up half of the world’s population, but you…