With a BA in English and Philosophy from University College Cork and M.Phil in Irish Theatre from Trinity College Dublin, Oonagh’s passion for directing was sparked when she got the job as casting director to Ken Loach on his Palm d’Or winning THE WIND THAT SHAKES THE BARLEY in 2005. Since graduating from the NFTS in London, Oonagh has written and directed several award-winning short films, a Reel Art funded feature documentary and TV pilot for RTE.

As a writer, Oonagh has participated in several Screen Skill Ireland initiatives, Berlinale Talents, She Writes and the ‘Apulia Experience’ a five-week international TV writing workshop. Oonagh’s  feature screenplay SNOW ON BEARA was selected for the Athena IRIS Screenplay Lab in NYC and the BBC Drama Writers Room in 2017 and is in development with Screen Ireland. From January to May 2019, Oonagh was writer-in-residence at Carlow College and she got selected for the 4th EWA Network Scripwriters' Residency in Berlin. 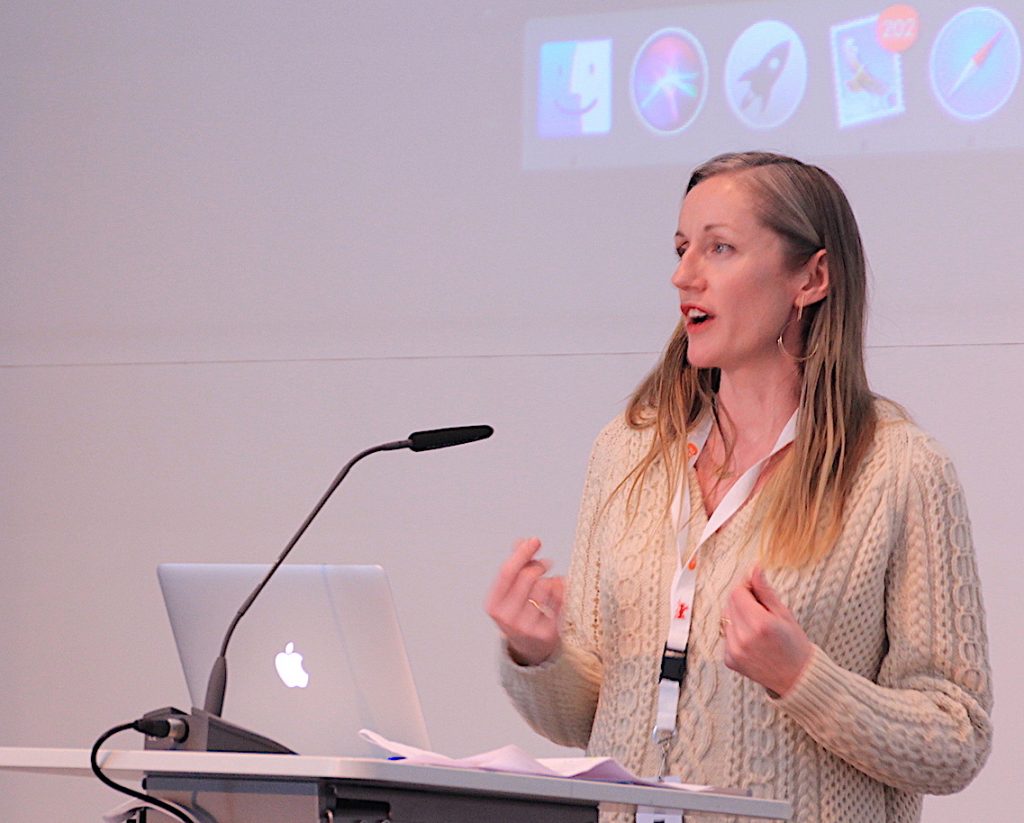 WHAT WAS YOUR MOTIVATION TO APPLY TO EWA’S SCRIPTWRITER’S RESIDENCY ?

I was working on my first fiction feature film script SNOW ON BEARA. Although it had had some development, I knew it needed a fresh injection of energy and focus. I hadn’t yet cracked it and was attracted to this residency for a few reasons.

Firstly, by the opportunity to work intensely on the script, away from day-to-day temptations.

Secondly, by the chance to submit SNOW ON BEARA to a European perspective. My story is a road movie set in rural Southwest Ireland. It is about three women (two Irish and one English) but of course my hope is that it speak to female audiences worldwide. Working with a German script editor felt like a welcome and positive next step and I was excited to work with Suzanne Pradel. Around the same time, I was given a script editor via Screen Ireland and it was actually really complementary. Before I left for Berlin, my Irish script editor and I discussed the challenges of writing a three-person (multi-protagonist) story structure. Suzzanne was fantastic at pulling me back from this again to observe how the characters relate to each other synergetically. We discussed the characters through a feminist lens, and talked about mind, body and spirit. She was also very helpful on tone. The absurd humour in my script was something that she had strongly responded to, and encouraged me to keep as part of my USP.

Lastly, I was excited to be resident in Berlin, to be sharing a flat with a fellow European screenwriter, to partake in the Berlinale, and to meet fellow filmmakers via EWA. Our set up was ideal: a nice balance between having enough space to write and yet not being isolated. Meeting Celia was lovely, and we got on really well.

HOW DID YOU EXPECT IT TO HELP THE DEVELOPMENT OF YOUR PROJECT ?

My project was at a stage where I craved and welcomed feedback to bring it towards a more production ready script. Going to Berlin, I had a pretty solid sense of the structure, and the world. However, what needed work was making the stories of the three characters serve each other and move towards three satisfying arcs that would ultimately dovetail into one. This was challenging and took time to crack. I guess I also went to Berlin with an open mind, knowing that any time dedicated to a project is worthwhile.

DESCRIBE YOUR FIRST WEEK IN BERLIN. DID THINGS GO AS YOU HAD PLANNED ?

Gosh, it’s so long ago now, I’m probably remembering it through a misty-eyed pre-Covid lens! Poor Alexia has been chasing me for months to write this. I completed draft ten the end of December (and have submitted it to Screen Ireland) and I think until then, I wasn’t ready or able to meaningfully reflect on the process, as it was still ongoing, and very much consuming my heart and mind. But looking back to a year ago, my memory of arriving at the flat is that it was lovely and airy, and nestled in in a funky neighbourhood called Neukölln. Celia arrived later the same day, and we met Suzanne that same evening for dinner. I think we spent our first few days discovering our local area; cinemas, places to eat, and Templehof park, where I would go running. I bought new pens and sheets of brown paper so that I could stick post-it notes on the wall. We were both settling in, but at the same time, we were keen to hit the ground running, as we knew the time would fly and that the Berlinale was happening in the third week. Thus it was vital to establish a good working rhythm before that.

WHAT HAS The residency and the sessions with the script consultant Suzanne Pradel BROUGHT TO YOUR PROJECT ?

Firstly, being selected was a great vote of confidence as I headed into 2020. I knew my script needed work, and that I wanted to put in the work. So in a way it supported me through that process right at the start of the year. As stated in the first response, Suzanne was great to interact with, and specifically on character, synergies and tone. We had our first session early on. I elected to stay on in Berlin after the residency by getting a sublet. I had my second session just as Covid was kicking off and just before I managed to fly home to Cork. I had my third and final session remotely, and a little later, as I wanted to wait until I had progressed the script significantly. Suzanne kindly accommodated this.

WHERE DOES YOUR PROJECT STAND TODAY? Feedback after European Film market?

I wrote five drafts last year and submitted draft ten to Screen Ireland in December 2020. I will receive feedback this month. My hope is that it is deemed ready to move towards production development. SNOW ON BEARA is set in the winter time, so it’s a good time to start planning. My first step will be to send the script out to producers via my agent Jasmine Daines Pilgrem at the Lisa Richards Agency.

LOOKING BACK, WOULD YOU RECOMMEND EWA’S SCRIPTWRITER’S RESIDENCY ? AND IF YES, TO WHOM ?

Absolutely. To any writer working on a script, craving dedicated time on it, within a supportive environment. Being away from home is helpful. Celia and I both knew the Berlinale was coming up, so we felt an extra motivation to get a lot of work done so we could take time off writing to see films and attend the market. There was a lovely synergy between our stories, both of which have mother and daughter characters.

Sincere thanks to Alexia, Alessia, Suzanne and the EWA team for supporting me and this project. And thanks to my lovely house mate Celia for the good company. I hope it will happen again, and that other writers will get the opportunity to have this experience.