With a long career in filmmaking, the Catalan Belén Funes was reluctant to direct her first feature. "It is a profession I respect so much", tells EWA Network. After a couple of awarded short films, she has written and directed a story about Sara, a 22 years-old single mother who lives in social housing and works in low paid casual jobs. Sara needs to secure an employment to have her brother living with her. However, her world will be shattered when her father, an unreliable character, is released from prison and tries to resume his place as head of family. Greta Fernández who plays Sara shared the best actress honours in San Sebastian. Eduard Fernández, who is one of the most well-known actors in Spain and also Greta Fernández's real father, plays her father in the fiction. The film headed later to London and Chicago Film Festivals among others. Belen Funes received a nomination as breakthrough Director at the Spanish Goya Awards. 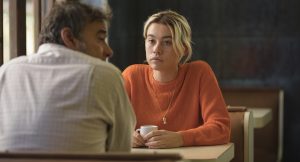 Could we say that this feature is a sequel of your short film, Sara a la fuga, about a teenager in a state orphanage waiting his father to come back?

More than a sequel, it is exploring the same character under different circumstances: Sara is right now a mother, she’s alone: her father is away but also the relationship with the father of her son is on hold. She is trying to build a sense of family – not solid at all. Not only because her baby is the only bond with the father of her son but also because she used to have a toxic relation with her father. When her father reappears in her life, she wonders if she can trust him again. Ultimately, her idea of a family is a daydream, a yearning for something she has never had.

How has the character developed?

In the short film, she was learning about life. In the feature, she has grown pretty fast, she has seen it all before, you do not need to show her more. So, there is not much development, she has seen the worst side of life already.

She’s just a 22-year girl, how has she seen it all before?

When I was writing the script, it was the aspect I loved more. In films, young people usually portray the initiation journey but Sara is not making that journey; she is just confirming what she already knows even though she is so naïve to be deceived again by her father. She is in such desperate need to love and be loved that she trusts her father again. She knows that life is tough and she has learnt to walk alone without any help.

The main character in your shorts and in this feature is a woman, is that a conscious decision?

Yes. Since I know better the feminine universe, I feel more comfortable explaining a story about women. And then, because it is about time to have female characters that have a say by themselves and not to be used to describe the male character, as it usually happens. It seems that we have realised that women can have a very interesting life that is worth telling. Our challenge right now is having a woman in her seventies as the leading role.

A range of age who is often portrayed at the Spanish independent film industry, if we check to the statistics …

Yes, they have the right to see a story they can empathise with, a story that talks about their world, their lives. Because we are fed up of watching just young female characters in films, beautiful, supermodels-alike who are the girlfriend of the main character.

You have been working in the industry for a long time in different positions. How come it took so long to direct your first feature?

I admire the profession so much. I used to say “this is something I am not going to be able”. There was a sort of lack of self-esteem. However, all this time I have been working as an assistant director in films and series, looking at how others work. I have been in shootings that have been a success and those that have ended in failure. So, I was looking from outside thinking about how I would do it.

And you have stepped forward in a sweet moment for female filmmakers in Catalunya.

It is true that many women are leading projects in Catalunya, not only directing but also as producers, director of photography … Still it is very difficult for most of us to access big productions and high budget films. Quoting Isabel Coixet: ”the most prominent films in Catalunya, lately, have been directed by women and those filmmakers are going to have an easier access to state funding”. Perhaps, in the future, women not only can make a film but they can even have a career.

How did you receive the selection in a A-class festival as San Sebastian and the Silver Shell to Greta Fernández?

It has been crazy (laughter). The selection is already an award because it allows you to show the film to a bigger audience, therefore enhancing its visibility. For me, the Best Actress award to Greta is an award to the whole team.

As their characters, Eduard and Greta Fernández are father and daughter in real life, how easy has been to persuade them to play together?

They have a totally different relationship. They have been able to separate both relationships, the real and the fictional one. I like them being related because they are alike and this gives authenticity to the film. I have already worked with them separately. Greta was in my previous short film. I like the magnetism in her face. And Eduard plays the voice of the father in Sara a la Fuga, my first short. After that experience, he told me to call him in case I was doing a feature. So no sooner done than said. 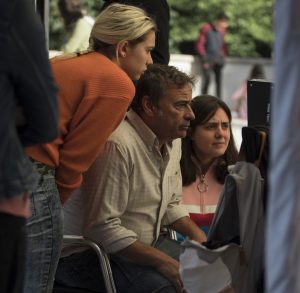 Women rock at the Spanish...

Women rock at the Goya Awards with 44% of the winners, in a ceremony where…

24% of the candidates in all categories are women.