World Premiere of SUMERCÉ by Victoria Solano at Sheffield

We proudly announce the World Premiere of Sumercé, a film by Victoria Solano that Paula Vaccaro (Pinball London) has co-produced. This is Solano's first long feature and it endured a long road to get here, as it usually happens for independent feature docs! The film was at 2015 GoodPitch Argentina when it was in early development, it was then when Paula Vaccaro, a mentor at EWA Network's Mentoring Programme,  joined forces and brought along Pinball London. 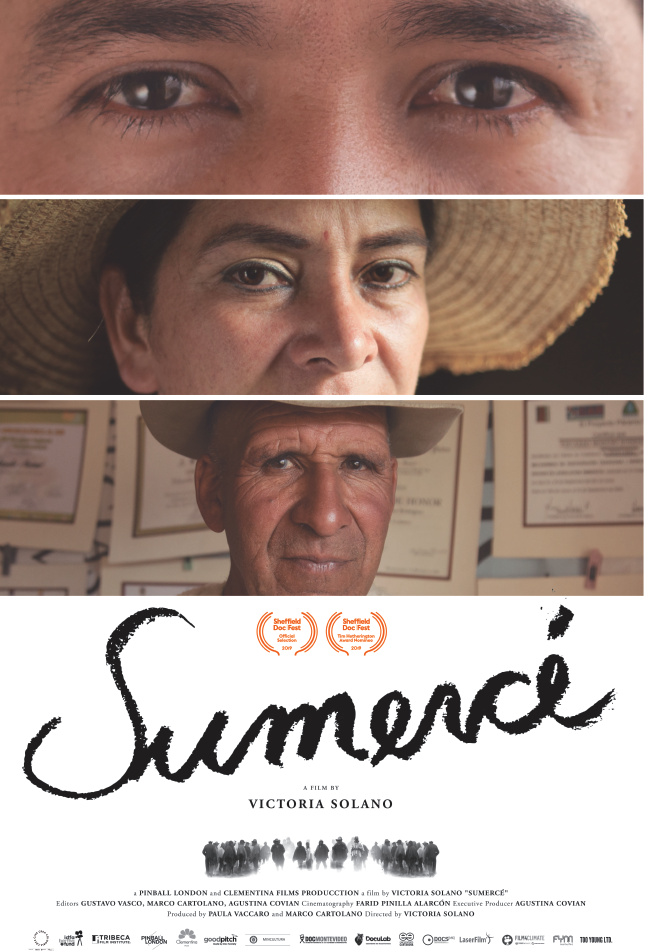 Victoria is a Colombian filmmaker with some wonderful engagement with grassroots groups in Colombia and Latin America. Her previous film, a 42’ TV documentary called 9.70 was featured as a case study for its impact. 9.70 has been seen online by over 1M people, managed to changed the 9.70 law and a minister resigned after the controversy was brought to the streets. Victoria was awarded the Simon Bolivar award for her work in journalisms and Sumercé, her 1st long feature, is highly awaited.

SUMERCÉ follows three social leaders: agricultural educator Rosita, veteran activist Don Eduardo, and rising political candidate Cesar Pachón as they fight their government's decision to allow mining companies to carve up their birthright in rural Colombia. They hold a battle for the future security of over twelve million Colombian campesinos and the country's access to fresh water.

This is a observational documentary of a slice of life of these leaders in a country where, just in 2018, more than 200 social leaders have been assassinated.

The film has been nominated for the Tim Hetherington Award and will show on June 9 at Bertha DocHouse 3pm, and June 11 @ Oatly Showroom Cinema 2 at 12.30PMI

Staff Only by Neus Ballús...

Teachers in the Spanish Republic

Victoria Keon-Cohen tells EWA all about the complexities of juggling her modeling and film careers.

Opening of The UK's first...