In addition to watching some of the 21 feature films directed by women at Festival de Cannes Official Selection and sidebar sections, there are some debates and networking events which will be worth attending.

Open to the press, to players in the sector and to the general public, the Women In Motion Talks invite prominent figures to share their experiences and viewpoints on women’s place and representation in cinema. 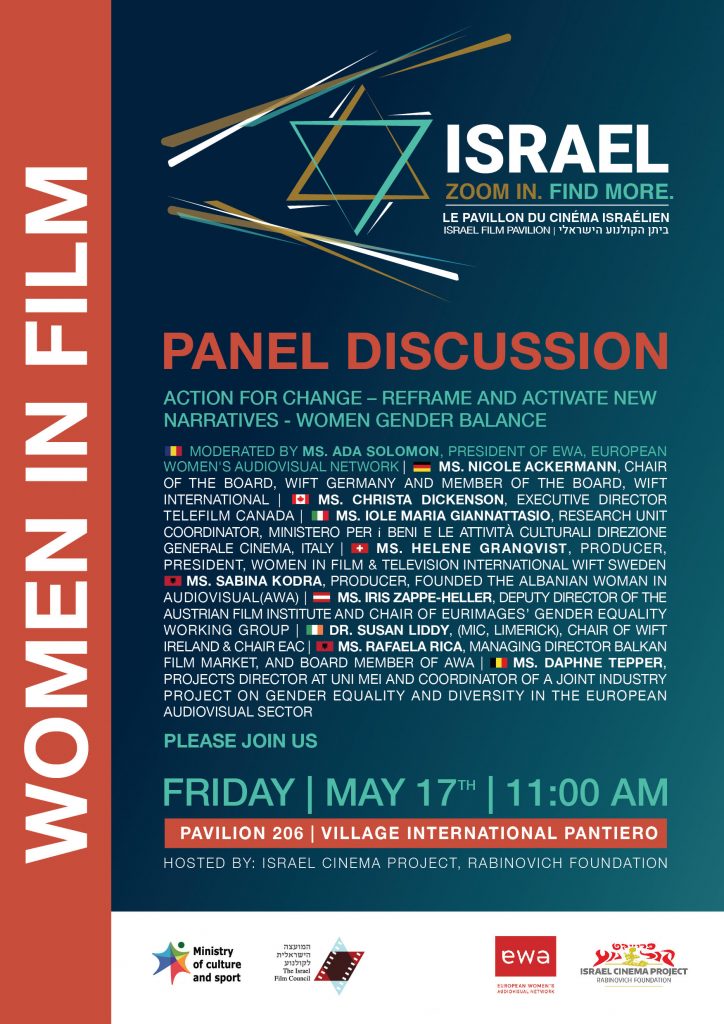 19:00. WFTV UK Reception. By invitation Only

10:00 showcase at the MEDIA stand: European authors’ remuneration: where do we stand? The panel will feature the presentation of the final results of the first EU-wide audiovisual authors' remuneration survey, a follow-up discussion  and a Q&A. Panel moderator: Pauline Durand-Vialle, CEO FERA

10:00 showcase at the MEDIA stand. WOMEN ON THE MOVE

Making your first film a success: conversation with Carla Simón, director of Summer 1993

15:30 Debate at the MEDIA stand.Gender Parity Pledge: where are we one year later? Organised by Collectif 50/50 in association with MEDIA and moderated by Melissa Silvestein

Ysé Brisson, founder of the Festival Droits des Femmes & Cinéma in Paris and media financier Josef Brandmaier, will announce the creation of this Fund, that will be run by GEMM (Gender Equality Media Management)

How will the new Copyright Directive impact composers & film and TV directors?

Scoring from movies to TV series, the creative process. Moderated by Thomas Mikusz  with the presence of  film composer  Christine Aufderhaar