Women get it all at the 35th Goya Awards

Las Niñas, debut feature of Pilar Palomero, scoops four accolades. Women were bestowed with 16 of the 28 prizes  and the Lifetime Achievement to Angela Molina

The 35th edition of the Spanish Goya Awards crowned Pilar Palomero debut LAS NIÑAS ( Schoolgirls) as winner of the top prizes (best film, best breakthrough director, best script and best cinematography). Previously, the film had swept at the FORQUÉ and FEROZ Awards, granted by the Producers' Association and Independent Press.

The Breakthrough Director Award was bestowed to a female director for the fourth year in a row. Thus, Pilar Palomero joins the club of Carla Simon, Arantxa Etxevarria and Belén Funes.

Las Niñas, produced by Valérie Delpierre (Inicia Films)  with whom we spoke after the two awards received at the Berlinale 2017 by Summer 93  tells the story of a pre-adolescent in a Spanish catholic school in 1990's. The film has currently doubled the number of copies released in the Spanish theatres.

This online edition of the Goya Awards, with a plethora of Hollywood Actors sending their support to the Spanish Cinema through multiple screens, has marked a generational change and confirms the female talent  in categories that seemed unreachable long ago, such as Cinematograpy or Original Score. The number of  nominations to women peaked a respectable 41 percent and resulted in a solid 57% of the winners.

The Bolivian filmmaker Daniela Cajías  was bestowed on the Best Cinematography Award, being the first female DoP to ever being nominated and receiving the statuette after her outstanding photography on Las Niñas. The Basque composer duo, Aranzazu Calleja and Maite Arroitajauregi,  heard the gong for their Original Score on Akelarre exactly twenty-three years after Eva Gancedo had achieved it for the first time on La Buena Estrella.

This pandemic year has undoubtedly witnessed the blossoming of independent films led by women and, finally, reaching parity in the nominations. Iciar Bollain and Isabel Coixet counted fifty percent of nominees as best directors;  so did Pilar Palomero and Nuria Giménez Lorang as breakthrough directors and also 50% of the nominations in the Best Original Script and Best Adapted Script were women. We hope that this balanced share can be consolidated over the years.

Last year women took 44% of the prizes in dispute. This year's uplift to 57% of accolades let us think that the Spanish Female filmmakers are unstoppable. 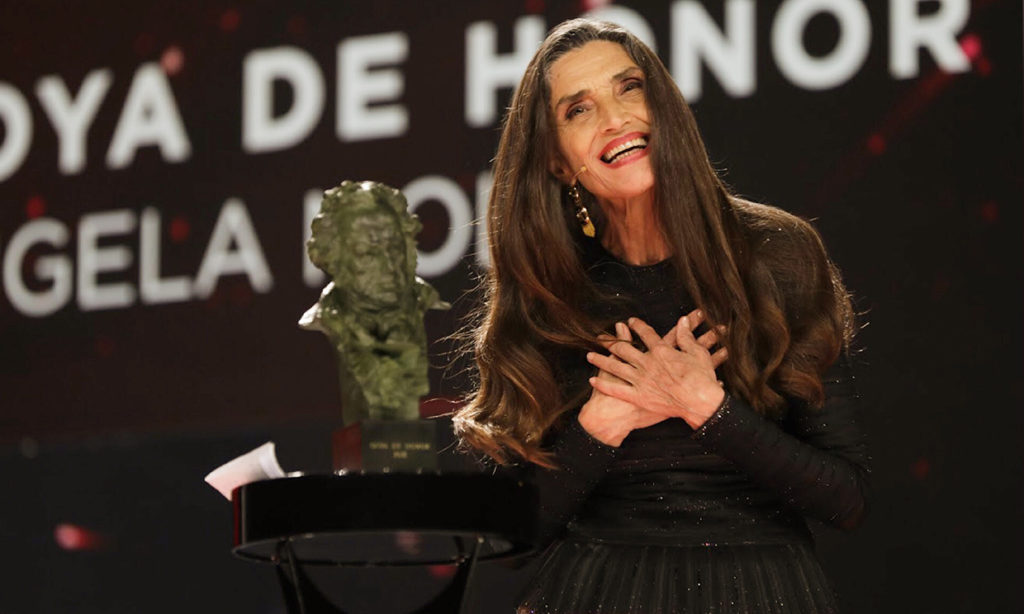 La Novia and Nobody Wants...

24% of the candidates in all categories are women.