To Say Goodbye, inspirational film about the loss of childhood available online

To Say Goodbye, produced by Izaskun Arandia is available online. The loss of childhood against the  backdrop of the Spanish Civil War.

Producer Izaskun Arandia would like to share this inspirational documentary with you. Available online until May 23rd, the anniversary of the arrival of the Children refugees to the UK

TO SAY GOODBYE is a powerful and inspirational film about the loss of childhood, the stripping away of identity and, ultimately, the hope of reconciliation, all set against the backdrop of the Spanish Civil War.

Through innovative animation, the film tells the story of the 4000 Basque children evacuated to the United Kingdom in 1937. Forced to bid a hurried farewell to their parents, these children were told they would only be in the UK for three months. 75 years later, some are still there, forever separated from their parents and their homeland, their families torn apart and their childhood destroyed by a brutal and bloody conflict.

Through the voices of 14 of these children, now in their 80s & 90s, we reveal this tragic episode in history in a stunning animated documentary that is profound, unexpected and uplifting.

You can watch it freely until May 23rd 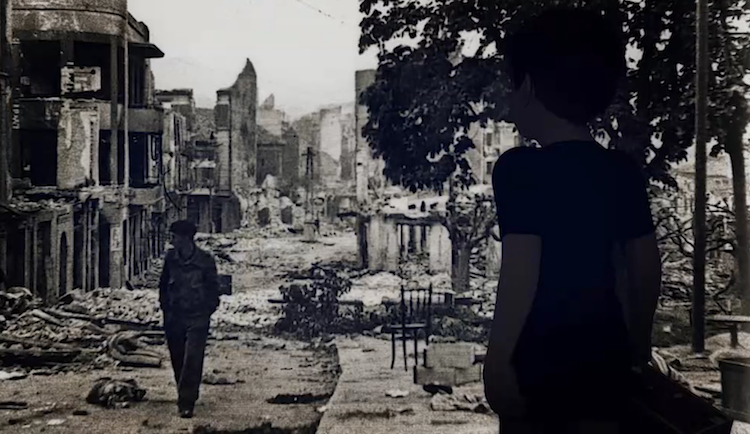 To Say Goodbye TV52 from IZAR Films on Vimeo.

With a BA in Advertising and an MA in Screenwriting (Bournemouth University, Screen Academy), Izaskun has worked in all aspects of TV and film production, specialising in scriptwriting and producing. After working for many different media companies in the UK, Izaskun founded her production company IZAR Films and produced 8 short films and co-wrote and produced the documentary TO SAY GOODBYE which premiered at the San Sebastian International Film Festival in 2012. Since she moved back to San Sebastian in 2013 she has worked on TV and Film as a writer and has produced an award winning web-series, a number of short films and feature length documentaries.

In 2016 she founded (H)emen|Her(e), an online platform giving visibility and working opportunities to women in the audiovisual and performing arts: www.hemen.me

Ewa's survey on the impact...

Online Marketing and Distribution in...

Carla Simon: "I love working with children because they have so much truth in them"