This Rain Will Never Stop by Gorlova, to its IDFA Premiere

This Rain Will Never Stop by Alina Gorlova will premiere in IDFA.

IDFA is coming up packed with good news for EWA Network members, such as the premiere of Alina Gorlova's This Rain will Never Stop, the project which received the EWA Network Female talent Award in DOK Leipzig in 2019.

Gorlova's film will be screened in the Competition for First Appearance, which offers a strong selection of documentaries from emerging filmmakers who put heart and soul into their debut feature films.

This Rain Will Never Stop

Synopsis: After they fled the war in Syria, the Suleyman family was scattered across Europe. Lazgin lives with his family in Ukraine, but his brother Koshnhav is in Germany, while a third brother is in Kurdish Iraq, and a fourth remains in Syria.

This Rain Will Never Stop follows Lazgin’s son Andriy, who is now a volunteer with the Red Cross and dealing with another military conflict, this time in Ukraine. Whether to escape the war or help relieve the suffering on site—such is the dilemma that Andriy struggles with during a visit to his brother in Germany and an emotional reunion with relatives in Iraq. After the sudden death of his father, Andriy decides to accompany the body back to Syria.

Andriy’s journeys are interspersed with footage of humanitarian relief efforts, displays of military strength, festive gatherings, and slices of everyday life—like an endless cycle of war and peace, in striking black-and-white cinematography. A dark atmosphere and the sparingly supplied information emphasize the grief and uncertainty within a war-torn family.

The film has been produced by Maksym Nakonechnyi / Tabor 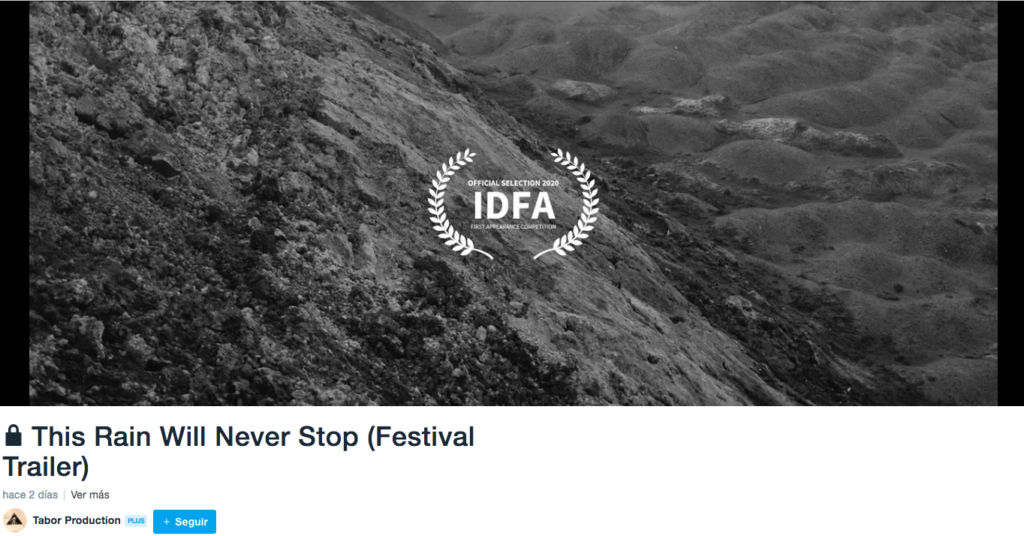 The Art of living in Danger

Mina Keshavarz's The Art of Living in Danger  will also be screened in "Best of Fests" section, which features striking documentary films from the international festival circuit. The program showcases prize-winners, public favorites, and high-profile titles from the past year.

Mina Keshavarz has been selected in the 3rd edition of the EWA Network Mentoring Programme.

Women in Iran have been struggling for equal rights for more than 40 years. The family law which offered hope in 1974 was annulled after the Iranian Revolution (1978-1979). Today, they live in fear, especially of male domestic violence. Filmmaker Mina Keshavarz follows a group of women fighting for change.

The Art of Living in Danger is partly a personal story. Keshavarz’ narration is addressed to her grandmother Nurijan whom she never knew. Nurijan died before the revolution; Mina was born after it ended. But now her grandmother has become a symbol of something much larger. Only later does it become clear why for decades the family has never spoken about her sad story.

At the same time, the documentary shows the years of work by women’s rights activists, who are working to enshrine the right to equal treatment in their country in a well-drafted bill. They collect countless compelling stories of oppressed women to support their efforts. The film thus becomes a document of how Iranian women are continuing to fight for legal protection.

Gorlova's project took part of the IDFA Academy last year and for the 2020's edition, two members of EWA Network, director/producer Efthymia Zymvragaki and DoP Annegret Sachse have been selected for IDFA Academy,  the training program for emerging documentary filmmakers and producers who will experience the new, online setup especially designed to address the current situation and focus on peer-to-peer networking.