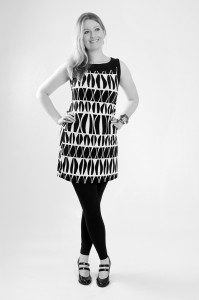 EWA member Sian Elizabeth Selway has been commissioned by the Brighton Chamber Choir (whose president is conductor Sir Simon Rattle) to compose an original piece which the choir will premiere at their Jubilee year Summer Concert on Saturday 11th July 2015, 'Sonnet and Song' where she has set music to Shakespeare's Sonnet XL. The theme of the concert is Shakespeare and the Renaissance era.

Sian Elizabeth Selway is a young award-winning composer. She is a classically trained grade 8 pianist through The Associated Board of the Royal Schools of Music, and holds a First Class Honours Degree in Music Composition for Film from the University of Brighton. Sian has composed music for many film and stage productions, including a feature length documentary drama for broadcast and theatrical release, and has worked for one of the UK's most successful composers of children's television and composed cues for the hit BBC children's spy drama series ‘M.I High' which was broadcast on CBBC and BBC HD in February 2014. She has also composed the music for an ongoing television series titled ‘International Chef Exchange' for Latest TV, which is currently being broadcast on Freeview Channel 8 in the UK and Virgin 159, and also on demand online. Recent projects include a short psychological thriller for an independent Dutch production company and stars well-known British television actor Bernard Holley, and a short dark comedy drama where Sian had the privilege of working alongside BAFTA winning sound designer and sound editor Martin Pavey.

"The concert centres on the theme of Shakespeare and the Renaissance era, therefore I felt that setting a Shakespeare Sonnet to music would be a great musical challenge, and of course would also tie in with the theme of the concert. The reason for choosing Sonnet XL was because of the rich and ambiguous narrative which provided so much scope for real expression and emotion within the composition; I felt as though I could experiment with different harmonic textures to really bring out the intensity of the text, with the tone of the music changing with the tone of the text. For this piece, I didn't want to base it around a single recurring motif; I wanted to literally illuminate the text which goes on an emotional and philosophical journey, and sculpt the story of Sonnet XL in music. I am delighted with the final result and the Brighton Chamber Choir perform the composition with beauty and real depth of expression and have met the technical challenges of the piece admirably, which is testimony to their growing reputation as a leading UK choir. The composition is written for A Capella SATB chorus and Solo Soprano. "

Selway completes the score of...

Sian Elizabeth Selway completes the score of "By Any Means", a Triventure Films production.

Underrepresented but of high artistic...

Celebrating the Academy’s new members - 46% of them are women.