The first findings of the European Women's Audiovisual Network's (EWA's) pan-European research project will be presented on the 5th September 2015 during the Venice Film Festival. 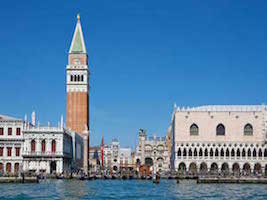 The research addresses the lack of pan-European data monitoring on women in film and aims to provide policy recommendations to improve gender equality in the industry. Seven European countries have joined the project, providing statistics on the status of women directors in each national industry: Austria (OFI), Croatia (HAVC), France (CNC), Germany (University of Rostock), Italy (DGC-MIBACT), Sweden (SFI) and the UK (BFI, Creative Skillset and the universities of Sheffield Hallam and Birkbeck College, London).

EWA is building a set of quantitative data regarding all stages of women directors' participation in film - from film school and funding to cinema release – together with a portrait of policies already in place in support of gender equality. The information is being analysed alongside answers to a questionnaire, sent out to film professionals in the six  different languages of the partner countries, designed to tease out ideas on the causes of inequality and policies which could transform the situation.

This research began in 2012, the first stage of EWA's unique project being to assemble comparative data necessary to monitor women's situation at national level in the industry and to campaign for policy change.

The Italian Directorate-General for Cinema or the Ministry of Cultural Heritage, Activities and Tourism – DGC-MiBACT – joined the EWA research project in 2014 and is glad to host the presentation of the first findings in the prestigious framework of the 72nd Mostra Internazionale d'Arte Cinematografica di Venezia.

“The alarming lack of women directors in the Italian film industry is an issue to be addressed with extreme accuracy – says Nicola Borrelli, Director-General Cinema – an imbalanced number of films directed by women means a lack of stories, voices and point of views in our cinema and could impact on the misrepresention of the image of women in our media. To analyse and tackle the problem, DG Cinema - MiBACT has embarked on the EWA project and has started a constructive dialogue with the Office for intervention in parity and equal opportunities of the Department for Equal Opportunities - Presidency of the Council of Ministers, to pinpoint which policies to adopt to attain greater gender equality in the audiovisual sector”.

The conference will be attended by Nicola Borrelli, Director-General Cinema – MiBACT,Monica Parrella, Director-General of the Office for intervention in parity and equal opportunities – Department for Equal Opportunities of the Presidency of the Council of Ministers, Alexia Muiños Ruiz, EWA Network Deputy Director, Holly Aylett, EWA Network Head of Research, and Silvia Costa, Chair of the Committee on Culture and Education of the European Parliament. Cristina Loglio, Chair of the MiBACT Creative Europe Committee, will moderate the discussion.

Gender discussion and the LUX...