Europe!Voices of Women in Film Talks

Meet the filmmakers of #EuropeVoicesofWomeninFilm2020, joined by Alessia Sonaglioni for a conversation on European Women's Audiovisual Network and its activities! 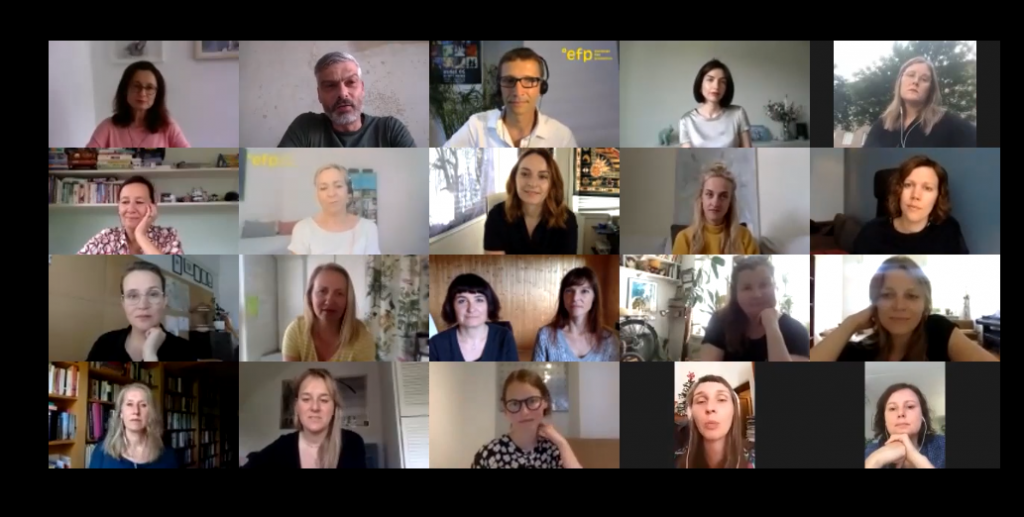 European Women's Audiovisual Network, born in 2013, is an initiative of a group of women working in the European film industry (ewawomen.com). It has grown into a strong and supportive community for women audiovisual professionals across Europe, advocating for more gender equality measures.

EUROPE! VOICES OF WOMEN IN FILM 2020 is presented by EFP (European Film Promotion) and Sydney Film Festival 2020. The programme is supported by the Creative Europe - MEDIA Programme of the European Union and Eurimages and presented for the first time in cooperation with European Women's Audiovisual Network (EWA) and Festival Scope.

The media partners are Screen International, Fade to Her and Fred Film Radio.

Europe!Voices of women in Film....

EWA Network announces a collaboration with EFP in the programme EUROPE! VOICES OF WOMEN IN…

EWA talks CHANGE We are all living through a time of inevitable change, when familiar…

Second meeting of Voices of...

Second Dialogue Meeting of Voices of Culture: Gender Balance in the Cultural and Creative Sectors After…