From 22 to 25 of January, the EWA Network mentoring programme will conclude this fourth edition with a new group gathering, hosted by When East Meets West co-production market.

The programme, which has run for 11 months and consisted of several physical group meetings in the context of European Film markets in addition to the monthly conversation with the assigned mentor, will take a step further to witness several of the mentees (and mentors) pitch at the co-production market.

The meeting will include a masterclass on distribution strategy and market trends by Katarzyna Siniarska (New Europe Film Sales) , other keynotes by renowned experts attached to the programme and activities such as the Digital Campaign for your Film Premiere by Joanna Solecka (Alphapanda) or the CASE STUDY: The Amazing Journey of PAMFIR with Aleksandra Kostina (Bosonfilm), Laura Briand (Les Films d’Ici) , a former mentor-mentee pair.

Projects by participants in the Mentoring Programme

Projects by other EWA members:

When the Kids Sing the Hits, directed by Mina Djukic, produced by Sense Production | Serbia.

More about the Mentoring Programme? 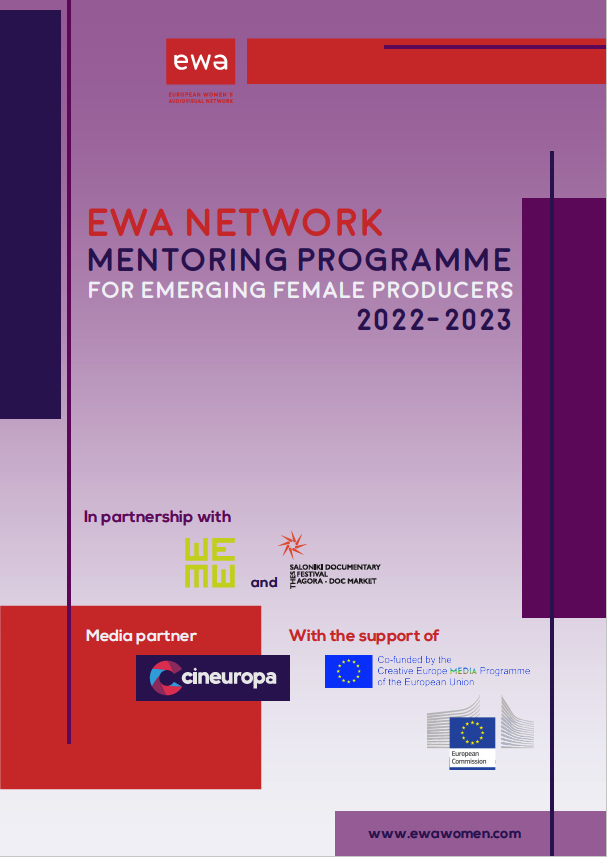 Ewa Network's Mentoring Programme  for Female Producers in When East Meets West. After two cycles of…