From the idea to the project: tips to develop your film

Why embarking yourself on a film journey?
How to make sure that you are ready for a long time relationship?
How to sustain the development?
How to put your project in the spotlight from the development stage?
When to drop a project & why?

If you are a member of EWA Network, you can join this unique webinar with the producer Ada Solomon and get advice on how to develop a film project and have the opportunity to ask your questions and get to know other fellow members of the EWA network. 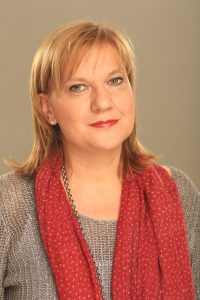 Ada Solomon is a Romanian producer and the founder of Hi Film Productions and Micro Film. She has produced films presented and awarded in the most prestigious festivals such as Cannes, Berlin, Locarno, Venice and Sundance.

Her credits include I DO NOT CARE IF WE GO DOWN IN HISTORY AS BARBARIANS (Radu Jude, 2018, Grand Prix Chrystal Globe in Karlovy Vary IFF), AFERIM! (Radu Jude, 2015, Silver Bear Berlin) and CHILD’S POSE (Calin Peter Netzer, 2013, Golden Bear Berlin). She has worked with most promising filmmakers from Romania, from Cristian Nemescu to Ivana Mladenovic, from Alexandru Solomon and Razvan Radulescu to Adrian Sitaru and Paul Negoescu- to name just few. Ada has co-produced with over 15 European countries and has released her films in over 50 territories. She has been in charge of production services for projects such as Franco Zeffirelli’s CALLAS FOREVER and Maren Ade’s Oscar-nominated TONI ERDMANN.